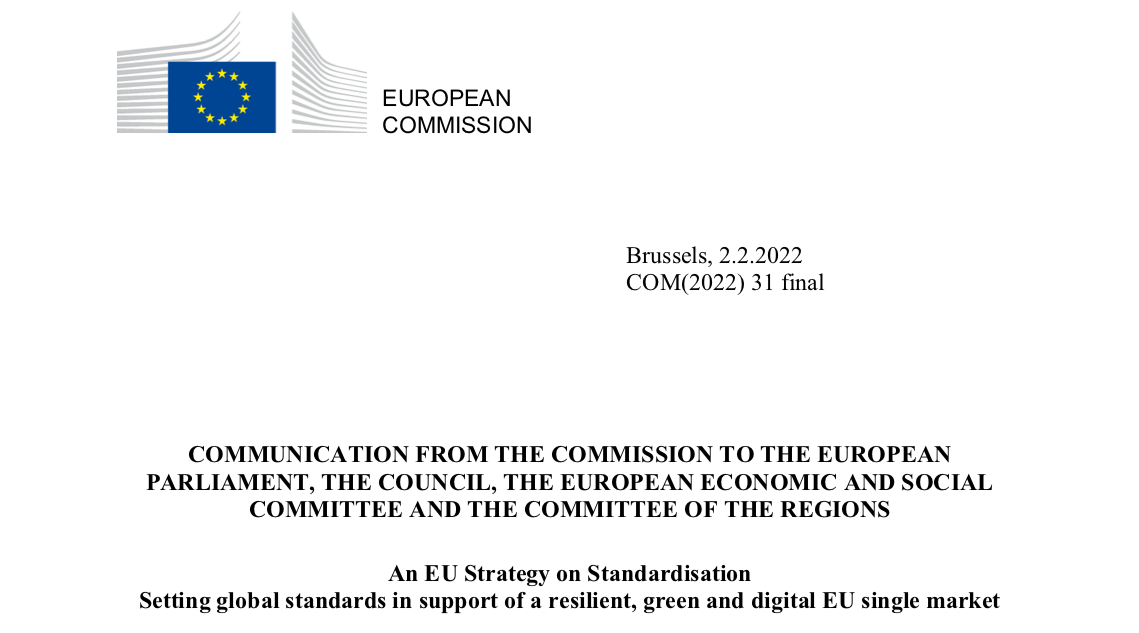 At the beginning of February, the European Commission presented its new strategy for European standardisation, a package of proposals and measures that aims to make European standardisation more accessible, functional and transparent, to include all stakeholders and give the EU a solid basis to be a leading actor at global level.
Moreover, the new strategy addresses very important issues, to support a more efficient the European Standardisation System (ESS), so that it can be one of the leading international players in the standard writing and revision processes. Furthermore, throughout the text, SMEs are present, a sign that their importance and role in developing fair standards has not gone unnoticed.

With the new strategy, the Commission:

The new Strategy has a lot of potential, especially as regards the greater involvement of SMEs at all levels (from local to international), and the creation of specific training for technical experts to support European positions. Both of these aspects, if properly implemented, can lead to great benefits for SMEs and their daily work.

But why is the new Standardisation Strategy so relevant for the SMEs EFESME represents in the lift sector?

There are specific aspects that are of major importance and interest for all European SME and that are encouraging for the development of a working environment within which lift SMEs can work and EFESME can best continue its activities in their support.

To go a bit more into details on this:

Such positive aspects does not mean that, now, the ESS is easily accessible for SMEs from all sector, but it surely shows an even bigger interested and commitment on the EC side to involve all the stakeholders involved in the standardisation processes. But the intentions are good and set into the right decision, and EFESME welcomes this approach, with the firm conviction that this proposal has the potential to create a fairer ESS in which European SMEs and their experts can express their voices and opinions. As the European Federation supporting European lift SMEs, EFESME intends to seize this opportunity to obtain the best results and standards for our companies and workers.

In addition to the new EU Standardisation Strategy, there is also a proposal to amend Regulation (EU) No 1025/2012 in order to ensure greater transparency regarding the decision-making processes within the ESOs, a fundamental aspect to guarantee the correct representation and participation of SMEs within European standardisation.

The EFESME secretariat is available for any questions or further information on this important issue.